Evolutionary psychology is concerned with the adaptive problems early humans faced in ancestral human environments, the nature of the psychological mechanisms natural selection shaped to deal with those ancient problems, and the ability of the resulting evolved psychological mechanisms to deal with the problems people face in the modern world. Evolutionary psychology is currently advancing our understanding of altruism, moral behavior, family violence, sexual aggression, warfare, aesthetics, the nature of language, and gender differences in mate choice and perception. It is helping us understand the relationships between cognitive science, developmental psychology, behavior genetics, personality, and social psychology. Foundations of Evolutionary Psychology provides an up-to-date review of the ideas, issues, and applications of contemporary evolutionary psychology. It is suitable for senior undergraduates, first year graduate students, or professionals who wish to become conversant with the major issues currently shaping the emergence of this dynamic new field. It will be interesting to psychologists, anthropologists, sociologists, economists, philosophers, cognitive scientists, and anyone interested in using new developments in the theory of evolution to gain new insights into human behavior. 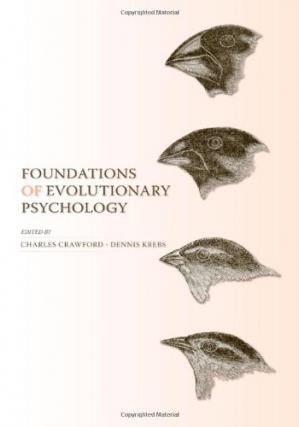