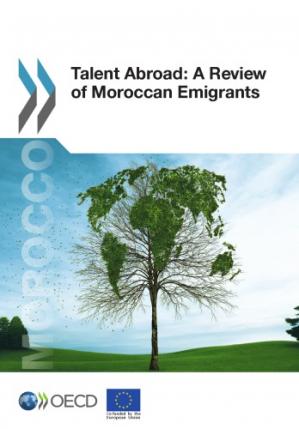 Close to 3 million people who were born in Morocco lived in OECD countries in 2010/11. To assess the potential that this group represents for the Moroccan economy, this review looks at the distribution of Moroccan emigrants over OECD countries, as well as their age, sex, and educational attainment. It analyses the labour market outcomes of Moroccan emigrants and documents the characteristics of return migrants in Morocco. Moroccan emigrants primarily reside in France, followed by Spain and Italy, where their numbers grew strongly before flows were affected by the economic crisis. Moroccan emigrants have lower educational attainment and less favourable labour market outcomes than native-born persons in destination countries, and many work in low-skill occupations. Those who have returned to Morocco are often retired, but they are also especially likely to become entrepreneurs there.